After a comparatively normal golfing year, the CILT Golf Society held its season-ending Autumn Meeting on 13th October at the very welcoming Northamptonshire County Golf Club.
Unseasonably mild late-season weather continued to favour us so 21 members and 4 guests tackled this gem of a Harry S Colt course with eager anticipation. With the course rewarded those players who were able to keep the ball out of trouble off the tee and master the true, but tricky, greens, early optimism dissipated sooner for some than others!
As has been the case since we first visited Northamptonshire County in 2014, members and guests were treated to a excellent three-course meal as they came in after their round, followed by prize-giving for the day and award of the trophies that are competed for throughout the season.
Joining us for the dinner was CILT Student Member, Shirley Boama, who took advantage of the Forum’s well known networking opportunities to make contact with several prominent logisticians as part of her career development.
In his role as ‘keeper-of-the-scores’ Immediate Past Captain, Cameron Grant, announced the day’s winners and the Golf Society Captain, Bob Harper, presented the prizes. The Guest Prize was won on countback by Andy Northgate (36pts) from John Elliot (35pts). Continuing his late season form (having won the September Tour Prize), Paul Ritchie just edged out Steve Murray on countback (both scored 37 pts) for the members Autumn Trophy. 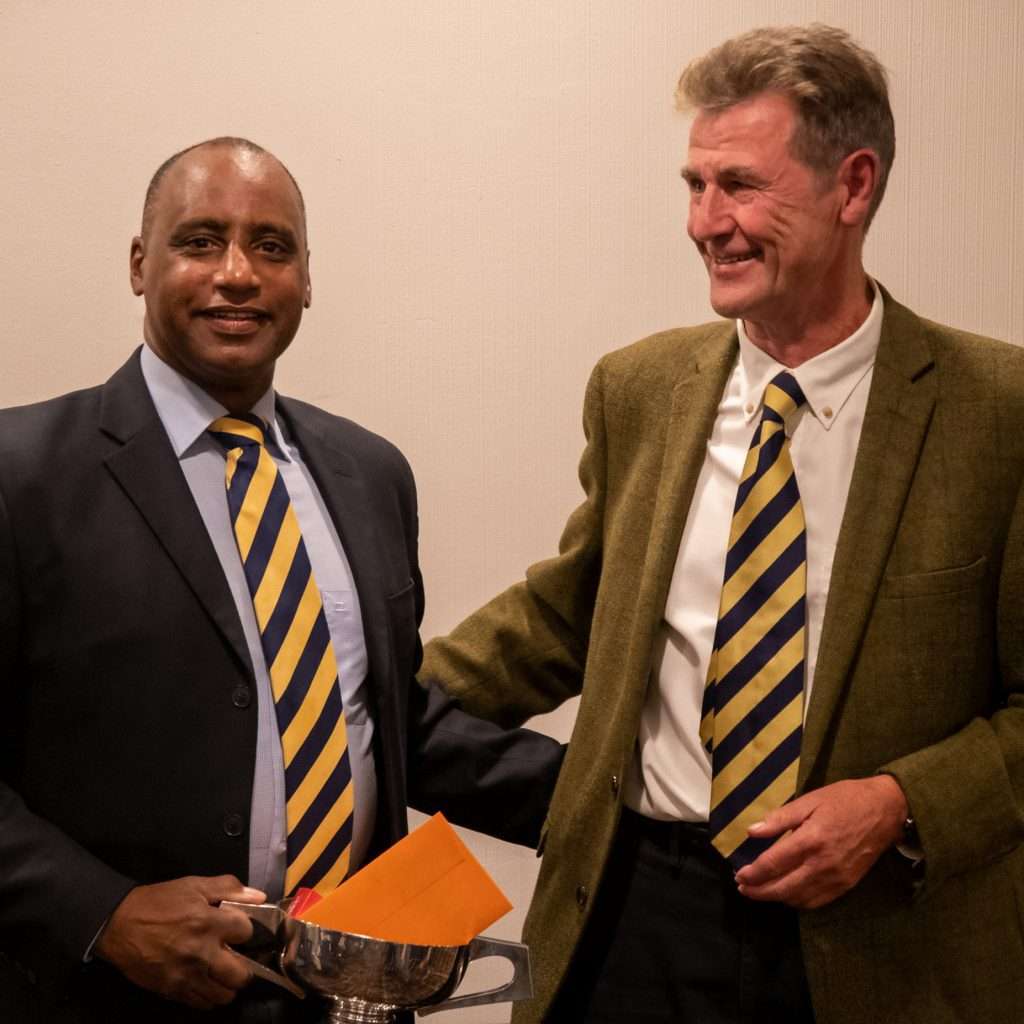 Golf Society Chairman, Paul Symes, then summarised the 2021 season. Once again the early season Members Meeting in March was a casualty of the pandemic. Thereafter the season progressed as scheduled with: a Spring Meeting at the superb Hankley Common GC in May; the Summer Meeting at Copt Heath GC in June; a drawn match against the Liberal Club Golf Circle in July; the triangular match against the Royal Logistics Corps and Transport golf societies in August; and our tour to Yorkshire, followed by yet another drawn match against the Oil Industry GS, both in September.
Attention then turned to our season-long competitions. Cameron Grant faced Paul Butterworth in the final of the Knock-Out competition which Cameron won 3&2. Awarded to the member with the best aggregate Stableford score over 3 competitions, the battle for the John Swanson-Smith Trophy saw a late twist, with in-form Paul Ritchie edging out previous front runners Cameron Grant, John Winter and Bob Harper.

Thanks were given to the meeting organisers, Brian Childs and Paul Symes and also to Artko, through Michael Pestereff, for their sponsorship of the event.

The meeting concluded with a handover from 2020 and 2021 Captain, Bob Harper to his successor for 2022, Brian Reid. 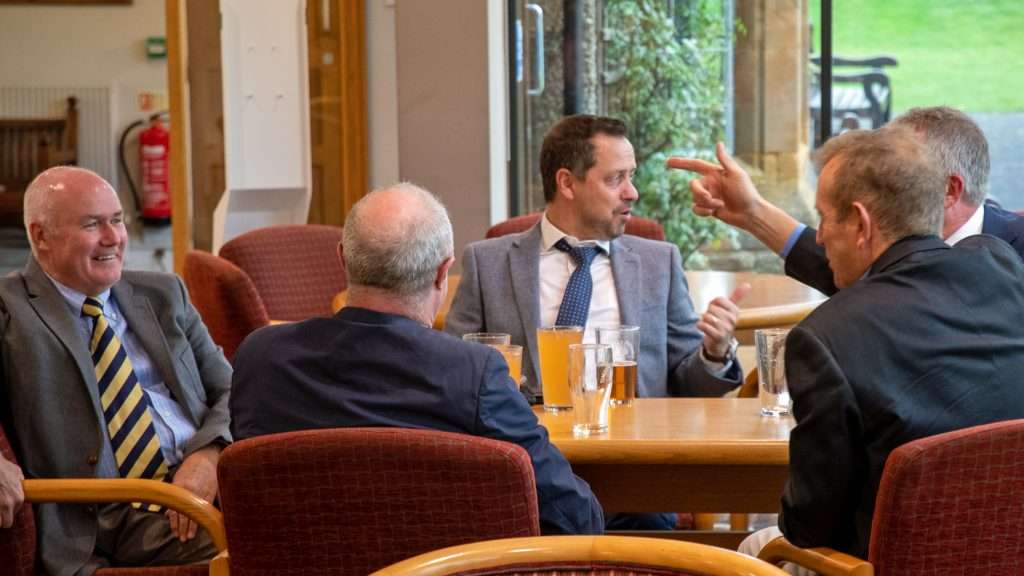