Our match v the Royal Logistic Corps Golf Society has been played annually since 1996, initially at the RAC Club, Epsom, then at North Hants GC, Fleet, and more recently at the Army GC, Aldershot.

It was set up to provide an opportunity for networking and job search for Army personnel nearing the end of their military career in logistics and transport. For a few years it was widened to be a match between 3 teams (including the Freight Transport Association) then, in 2013, it was reorganised into the current format of a match between 3 teams from CILT, the RLC and Transport Golf Societies.

This year’s match took place on 3rd August at the Army Golf Club, near Aldershot.

As the photograph opposite shows, the course had not escaped the ravages of this year’s dry summer – leading to some interesting ball bounces.

However, the Army Club greenstaff had done a sterling job and the greens in particular were in superb condition. 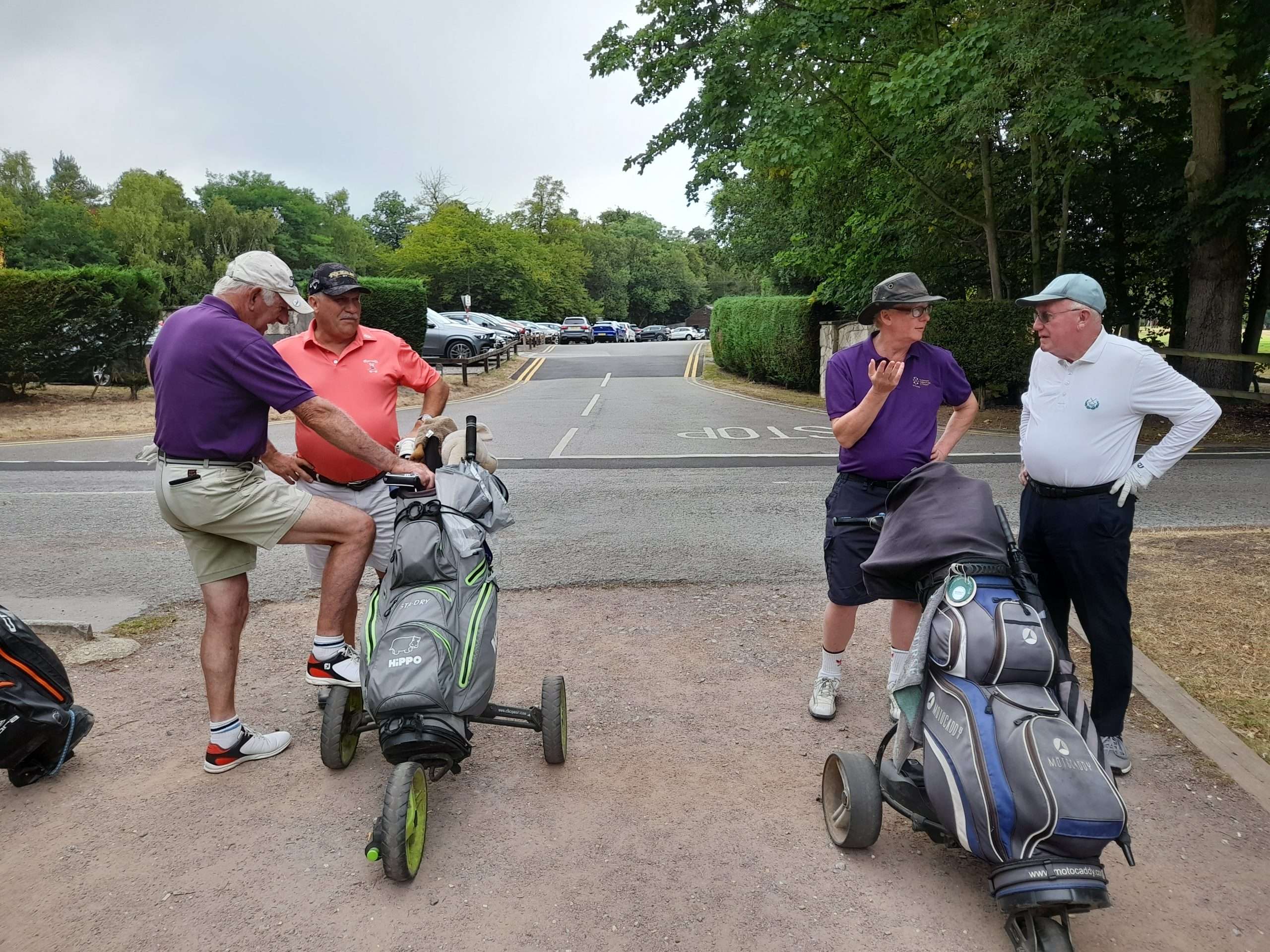 The golf was played in 8 groups of 3 with one representative from each team in a group. With a number of members being new to the course this was useful in that there was always someone in each group who knew their way around – even to some of the rarely visited parts!

After the round, participants retired to the clubhouse for some much needed rehydration and an excellent 2-course lunch.

To avoid any cause for indigestion or over-exuberant celebration, match results were not announced until the end of the meal.

Our team were ably led by 2022 Captain, Brian Reid, and performed manfully when faced with a (much) younger RLC team and an experienced TGS squad, most of whom seemed to reveal in the playing conditions.

In the end our efforts were not enough and the 186 points that we amassed were eclipsed by the RLC’s 204 and TGS’s 228.

So the TGS retained the trophy and now have to pay the engraving costs once again!