Under no circumstances should you try to copy this swing!

The 6th annual match between the CILT GS and the Liberal Club Golf Circle took place at the birthplace of the Harry Vardon grip – South Herts GC – on Wednesday 20th July.

Although the match was planned for 2 teams of 8, a positive Covid test and (amazingly) a logistics problem reduced the teams to 7-a-side. On the plus side, after two days of record temperatures, the match was played in very pleasant conditions on this well-presented but challenging golf course. 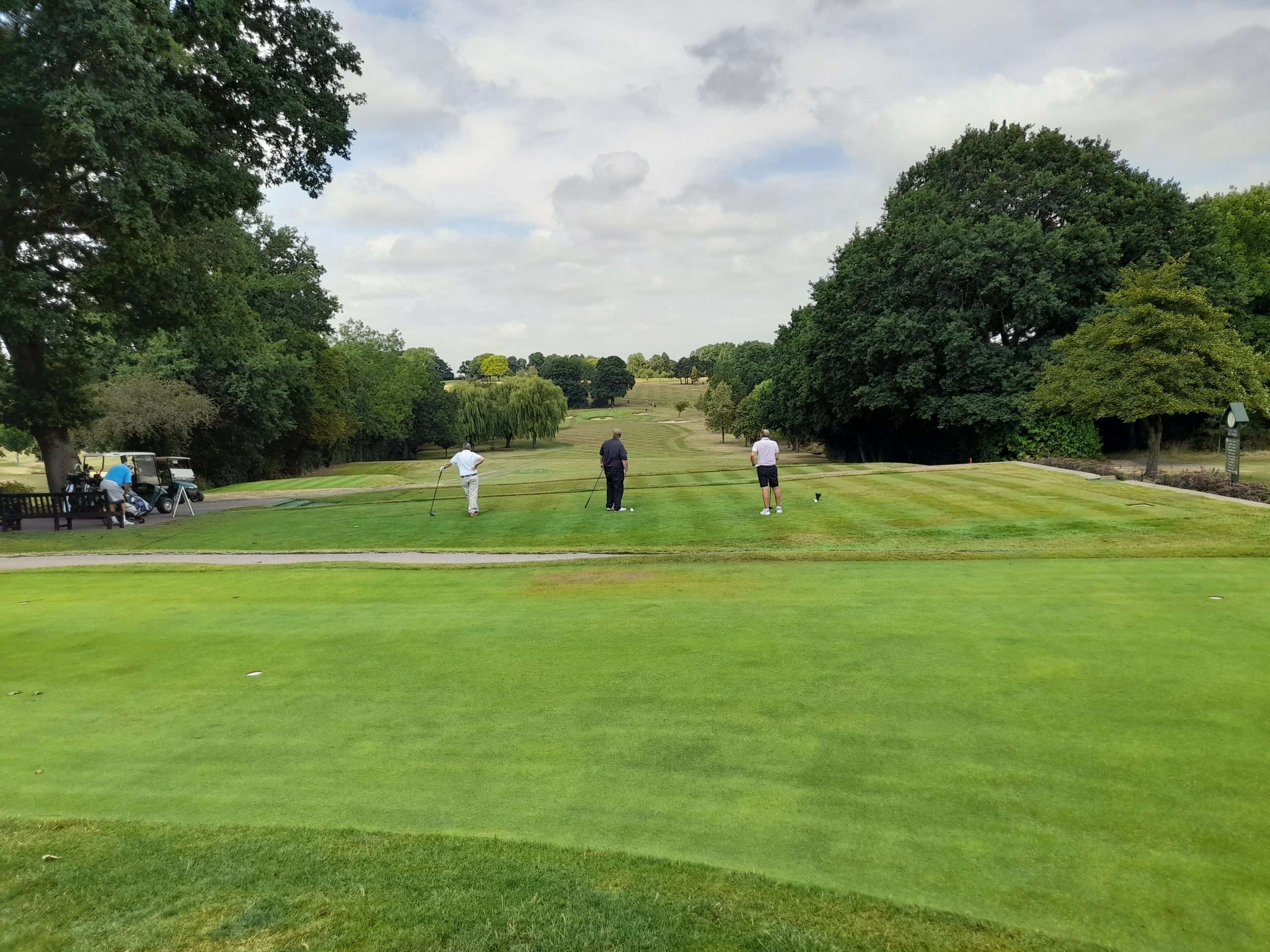 This match has been a regular fixture in our calendar for the past 6 years and originated from a challenge issued by members of the the National Liberal Club Golf Circle who were also members of the CILT GS. Therefore, with an early afternoon 1st tee time, there was plenty of time for renewal of acquaintances and to take on both solid and liquid fuel for the fray. 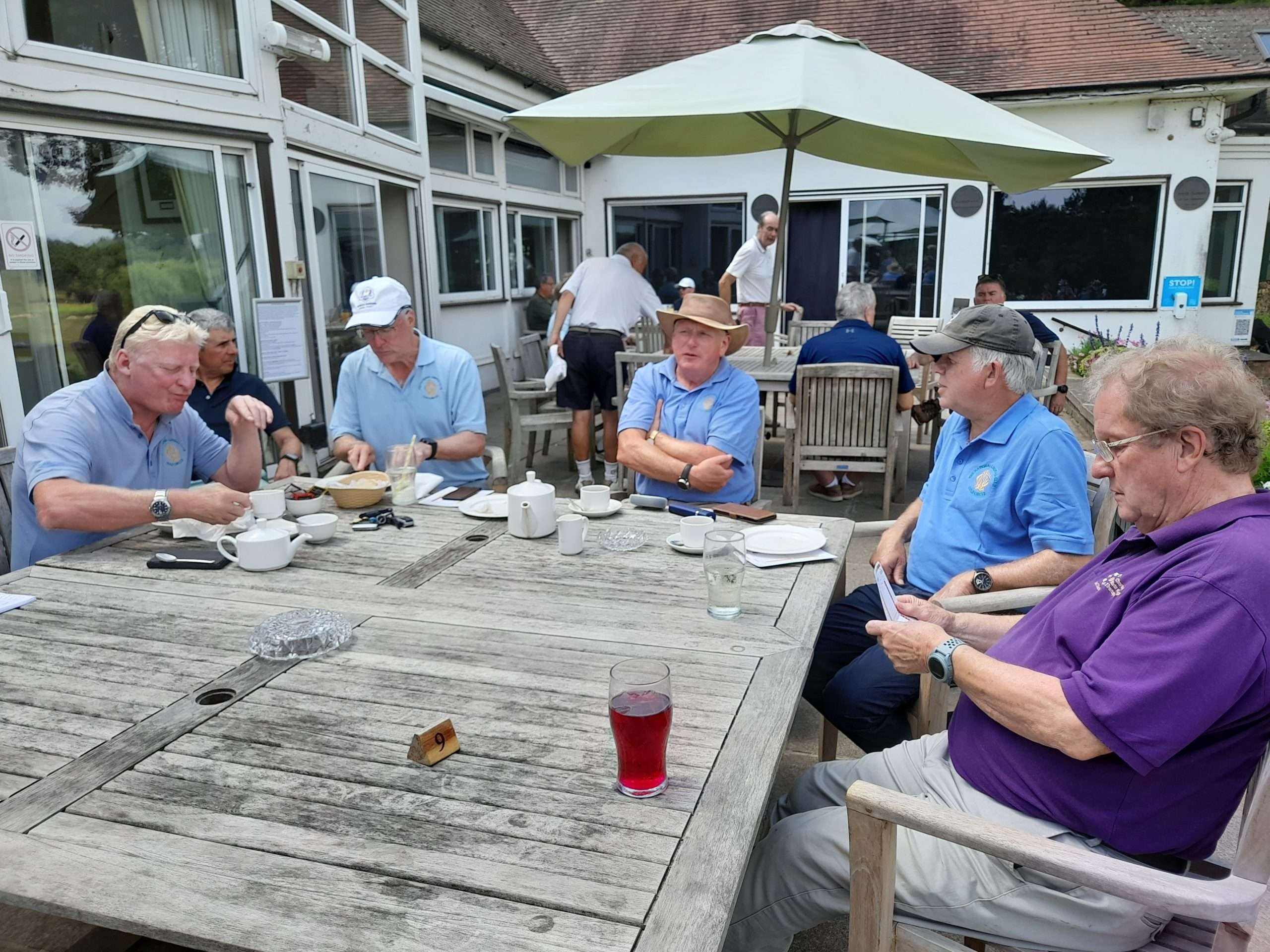 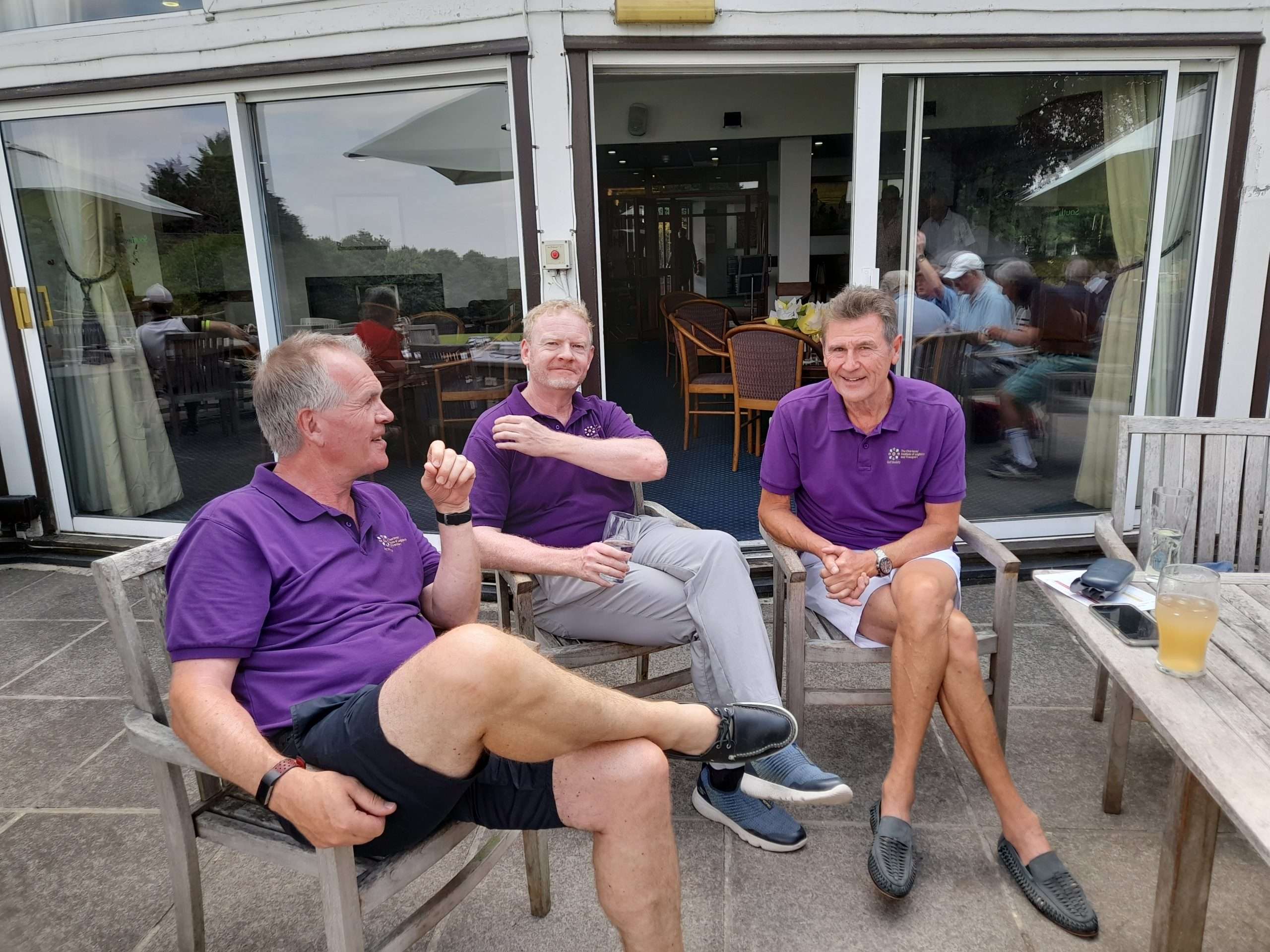 Leading the way in a lonely 2-ball, Bob Harper edged out Paul Beever by 38 points to 37 – both very creditable scores. Despite establishing a 4 point lead at one stage, Brian Reid and Peter Taylor experienced a fighting come-back by Phil Reeves and his female partner to lose by 41 points to 43. Steve Allen and David Wilson came up against a pair in stunning form and lost their match by a large margin. The final match came down to the wire, with Cameron Grant and Malcolm Maycock just losing out by 1 point, despite scoring 43 themselves.

In the end the Liberal Club Golf Circle recorded their third win of the series totalling 170 points to CILT GS’s 150. However, as the photo below shows, we were not downhearted and live to fight another day. 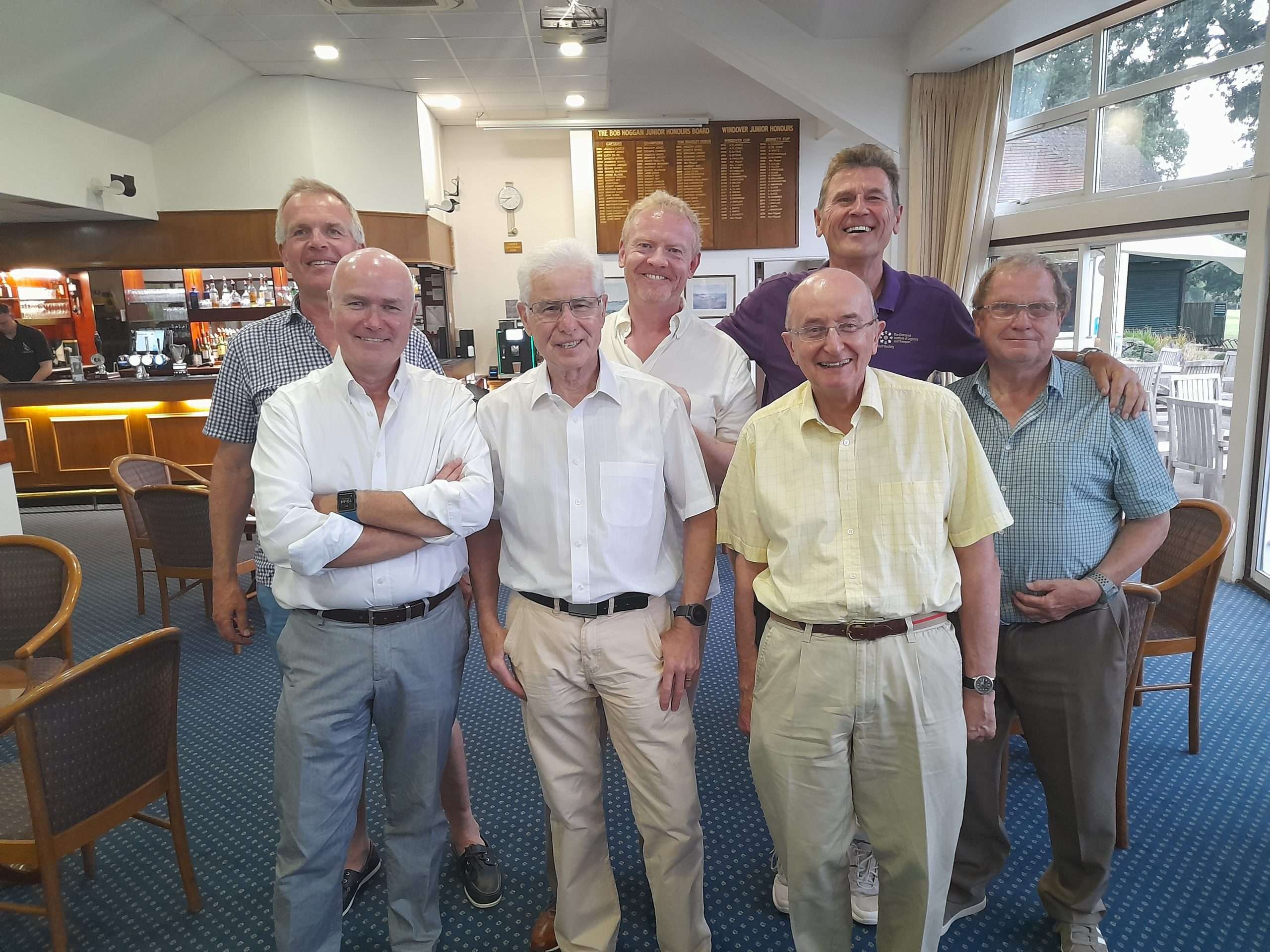