A Day in the life 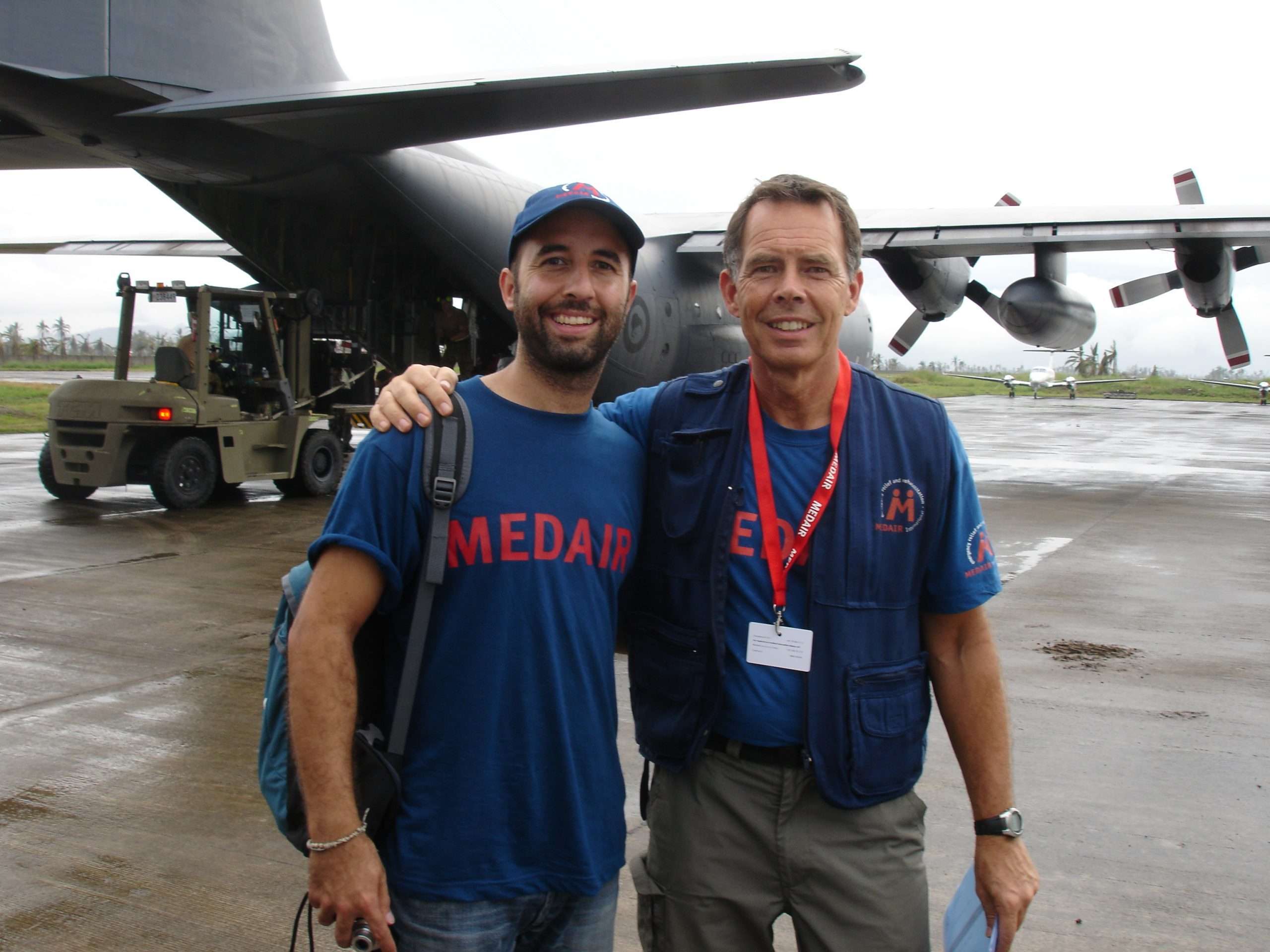 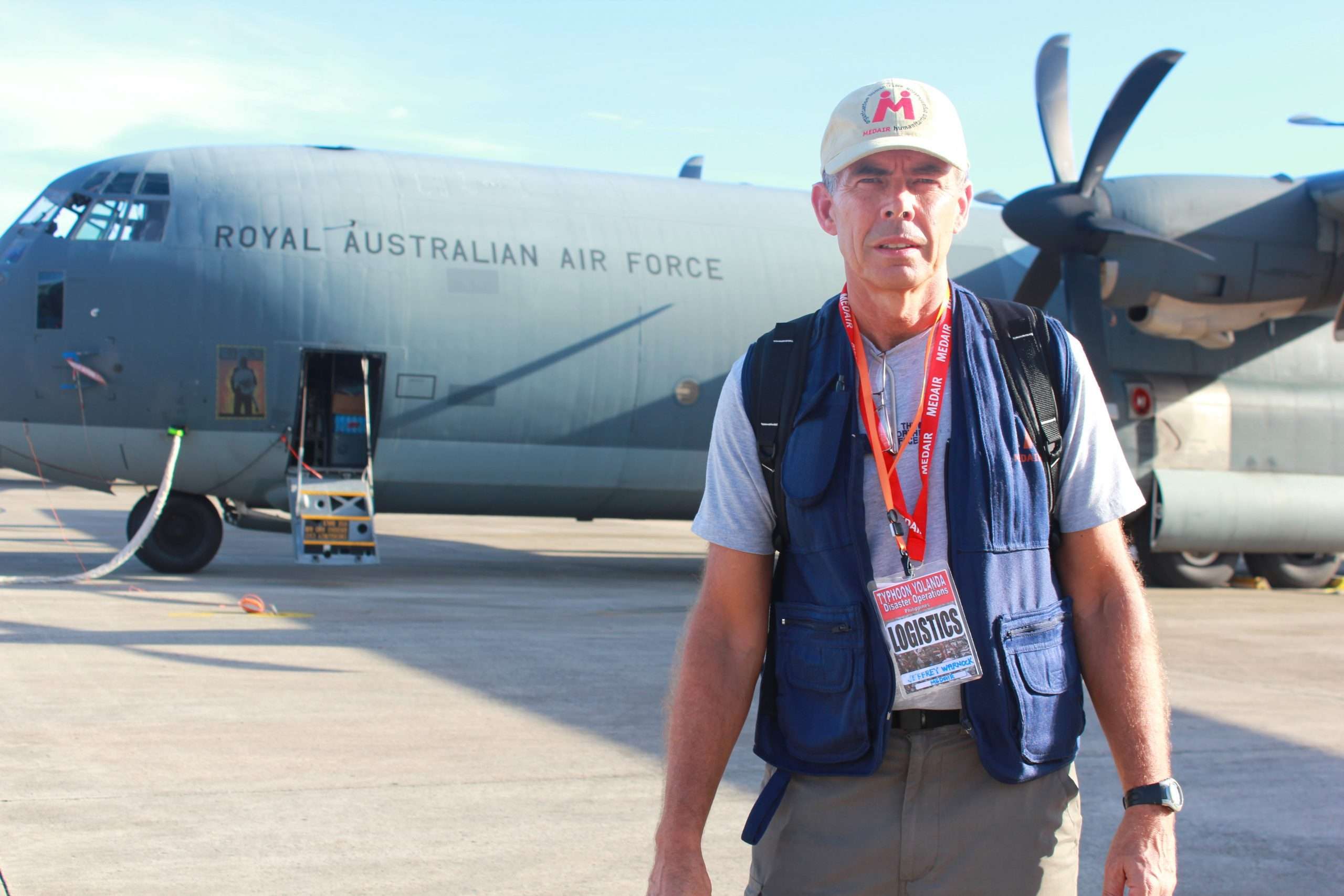 For Medair, Logistics Officer Jeff Warnock needed to find a way to bring relief to the disaster zone. An ex-Royal Air Force Officer in Logistics and a self-described “wheeler and dealer,” Jeff used his experience and ingenuity to quickly source and deliver urgently needed relief items in those first few weeks. Here, Jeff describes a day in the life of an Emergency Response Logistics Officer:

Yesterday I spent six hours making arrangements to fly into Manila from Cebu on a Royal Air Force (RAF) C-130 Hercules to pick up 5,000 locally procured hygiene kits (soap, toothbrush and toothpaste, towels, plastic jerry cans, etc ). We need to get them to families in Leyte Island and driving them is not an option because too many trucks are getting stuck on the roads and there’s a 16 kilometre line at the ferry terminal. So the plan is to fly the hygiene kits back to Cebu and then transport them to Leyte Island on a New Zealand Air Force plane the next day.

The aircraft takes off for Manila. I’m one of about 30 passengers; most are displaced families seeking family in Manila. Just before landing, the captain gets a ‘MAYDAY’ call from a helicopter which is about to crash into the sea. All the air force guys take up position at the small windows as the aircraft reverts to Air-Sea-Rescue mode. This means a fast and low approach to the spot where the helicopter has gone down so they can try to pinpoint the crew in the water. After many violent figure-eight search patterns at low level (and by then many of the families had been sick!), we spot the crew in the water. We hold position until another aircraft arrives and drops a life raft for the crew. The crew swim to the raft and the RAF, having done its duty, carries on to Manila.

When we touchdown in Manila, another Medair team member has prepared the hygiene kits and has them waiting to be loaded onto the plane. But the loadmaster gets a message from the captain saying we only have five minutes to load because of the time taken on the Search and Rescue mission. They load one aircraft pallet. The other 10 pallets, including Medair’s hygiene kits, are left on the tarmac.

I fly back to Cebu bitterly disappointed. The east coast of Leyte has been devastated by the typhoon. There are few buildings standing, and families are struggling to find shelter and safe drinking water.

Today ‒ Monday morning – I’m up early and at the flight line. I meet with the New Zealand C-130 Hercules captain and movements officer. They have allocated their aircraft to Medair to deliver the hygiene kits to Leyte, but I have to tell them that my cargo is still in Manila! They say “No worries ‒ if you can get some other freight together, we’re still happy to transport it to Leyte for you.”

I’m determined not to lose the space tomorrow on the NZ plane, so I walk to the UNHCR building and ask if they would “gift-in-kind” (GIK) some of their cargo that I saw on the tarmac. After some calls, they agree to release 500 tarpaulins for us to send to our shelter construction teams in Leyte. I go back down to the flight line and UNHCR issues the load to me, which I get moved to the NZ line ready for the morning. I bump into a UKAID guy who asks if Medair could use 10 chainsaws, gift-in-kind? I say “Yes, we definitely can!” These are added to the load for the morning. Teamwork is what it is all about and helping each other to help the people who are suffering.

In the first month after the disaster, Medair procured, transported (by air, sea, and land), and delivered 5,000 hygiene kits and emergency shelter materials and tool kits for more than 8,000 people