Not for the first time, the true but tricky greens at Copt Heath GC proved to be the undoing of many of the 19 members and 2 guests who enjoyed an otherwise terrific day at this first class venue.
As confirmation of their belief in the value of networking with fellow logisticians, events sponsors Britannia Bureau and Artko were represented by Mark Taylor and Michael Pestereff respectively. Unfortunately neither of them featured at the prize giving which followed an excellent meal.
Returning member Richard Herbage picked up the prize for getting nearest to the 18th pin in 2 shots while Eddie Cox recorded the best Stableford score for a guest.
In a tight contest for the main prizes, Cameron Grant (35 points) just pipped Vice-Captain Bob Harper (34 points) and Richard Herbage (33 points) to win the trophy. The picture opposite shows Cameron (L) being presented with the winner’s trophy by Bob Harper – note the gritted teeth!

In addition to our sponsors and Copt Heath Golf Club, thanks are also due to Richard Burgess for his splendid organisation of the event. 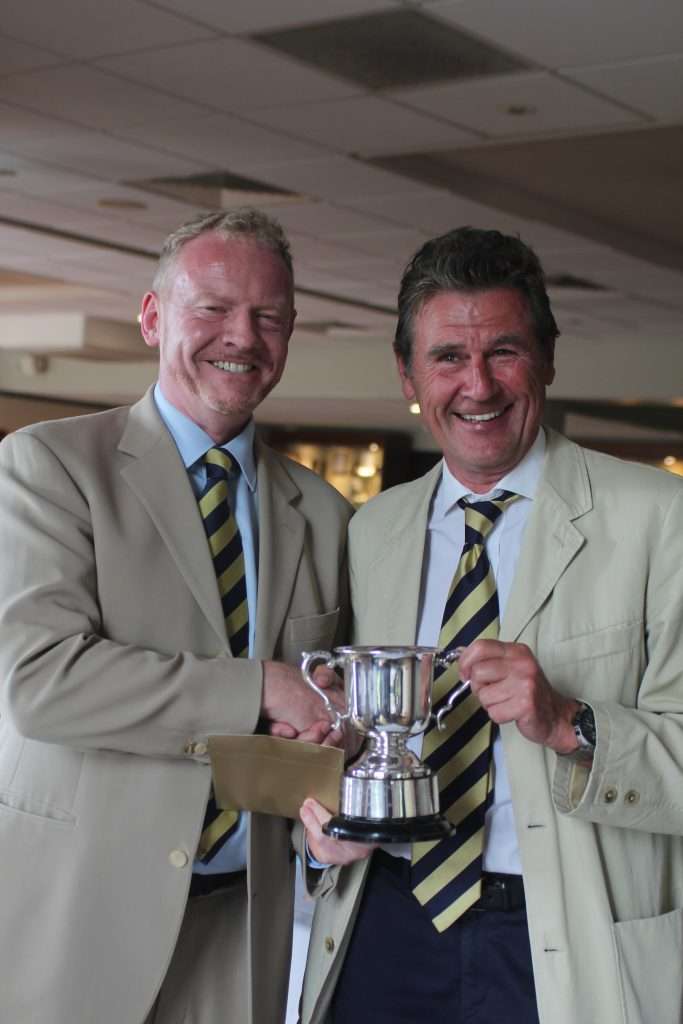