As evidenced by the main picture, Hankley Common GC was in its usual superb condition for our annual Spring Meeting.

When the Spring Meeting moved to Hankley Common GC from its original home at Denham GC in 2008, we were indebted to Flexi-Narrow Aisle, through member John Maguire, for their sponsorship. The fact that Flexi-Narrow Aisle have continued to support this event over the years is evidence of the benefits such exposure to, and networking with,  senior figures in the logistics industry can bring. 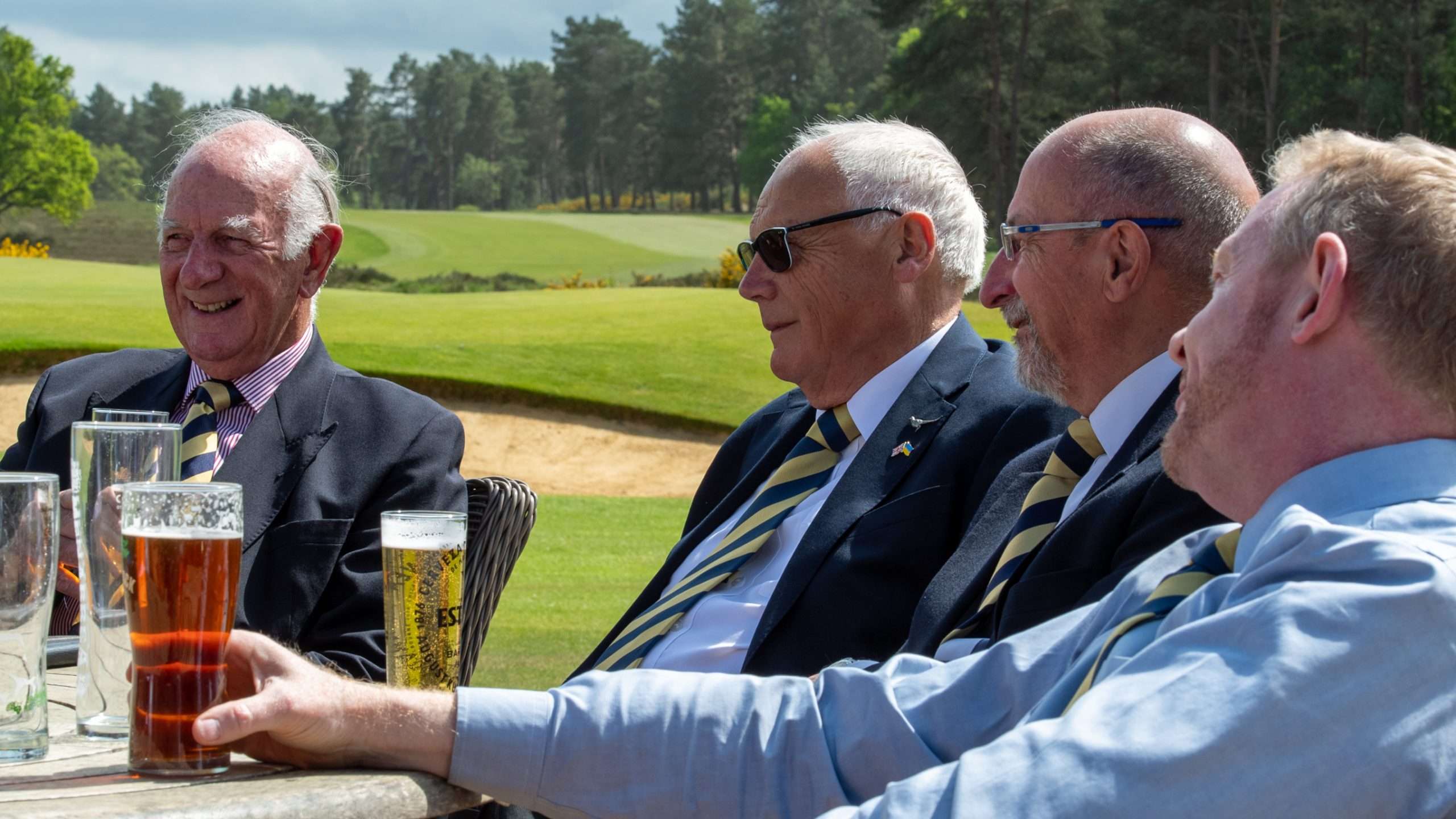 This year, relaxation of two years of pandemic-enforced restrictions made the day all the more enjoyable for the 20 members and 5 guests who graced the fairways – and the heather – of this gem of a course, on a dry but overcast and breezy day.

After the morning golf, members and guests were treated to an excellent 3-course meal, followed by coffee and presentation of the competition prizes in the club lounge.

In recognition of the fact that a large majority of the participants are no longer competitive in traditional Longest Drive competitions, there were two Nearest-the-Pin prizes. Cameron Grant took the prize on the difficult Par 3, 7th Hole, while Mark Smith repeated his Member’s Meeting feat by getting nearest the pin in 2 shots on the Par 4, 15th Hole.

The winner of the overall guest prize was Rick Smyth, with Jon Paddon coming second.

The battle for the members’ honours was very close. Defending champion Bob Harper took 4th spot while Captain Brian Reid was, once again, among the prizes in 3rd.

The day’s overall winner was decided retrospectively in the ‘committee room’. Based on the scores as presented, it looked as if Ian Chalmers and Derek Messenger had both carded 37 points, with Ian just pipping Derek on count back. Consequently, John Maguire of sponsors Flexi Narrow Aisle presented the salver trophy to Ian.

However, a subsequent examination of Derek’s scorecard showed that he had been under-credited for one hole and had, in fact, scored 38 points.

Albeit reluctantly, but with amazingly good grace, Ian relinquished the trophy to Derek – but not the wine that went with his original prize! 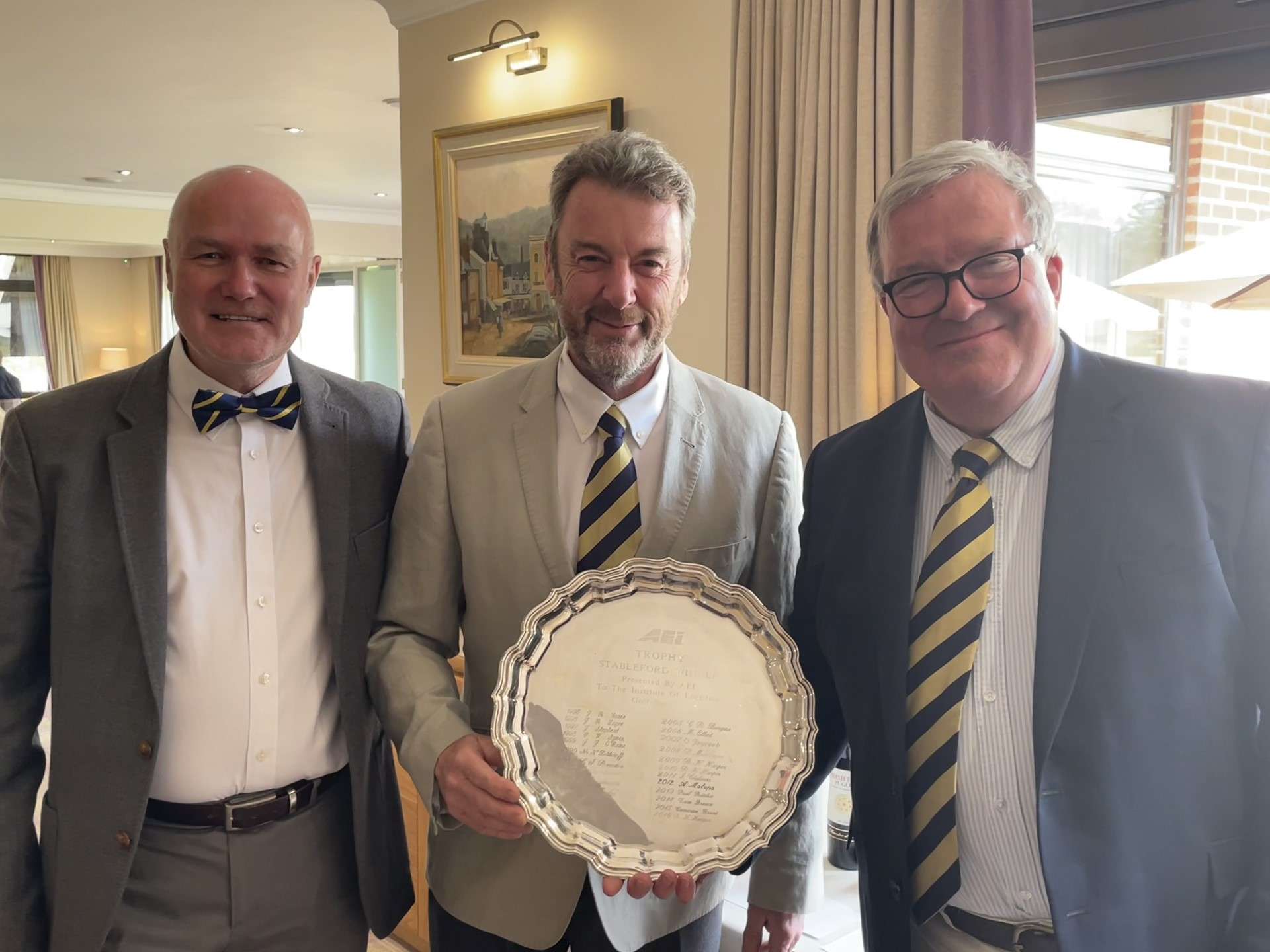 It is worthy of note that Derek also won the trophy when the Spring Meeting was first held at Hankley in 2008.

Our next (Summer) meeting will be held at a new venue – Beau Desert Golf Club in Staffordshire – on Wednesday 29th June. We look forward to seeing you there.